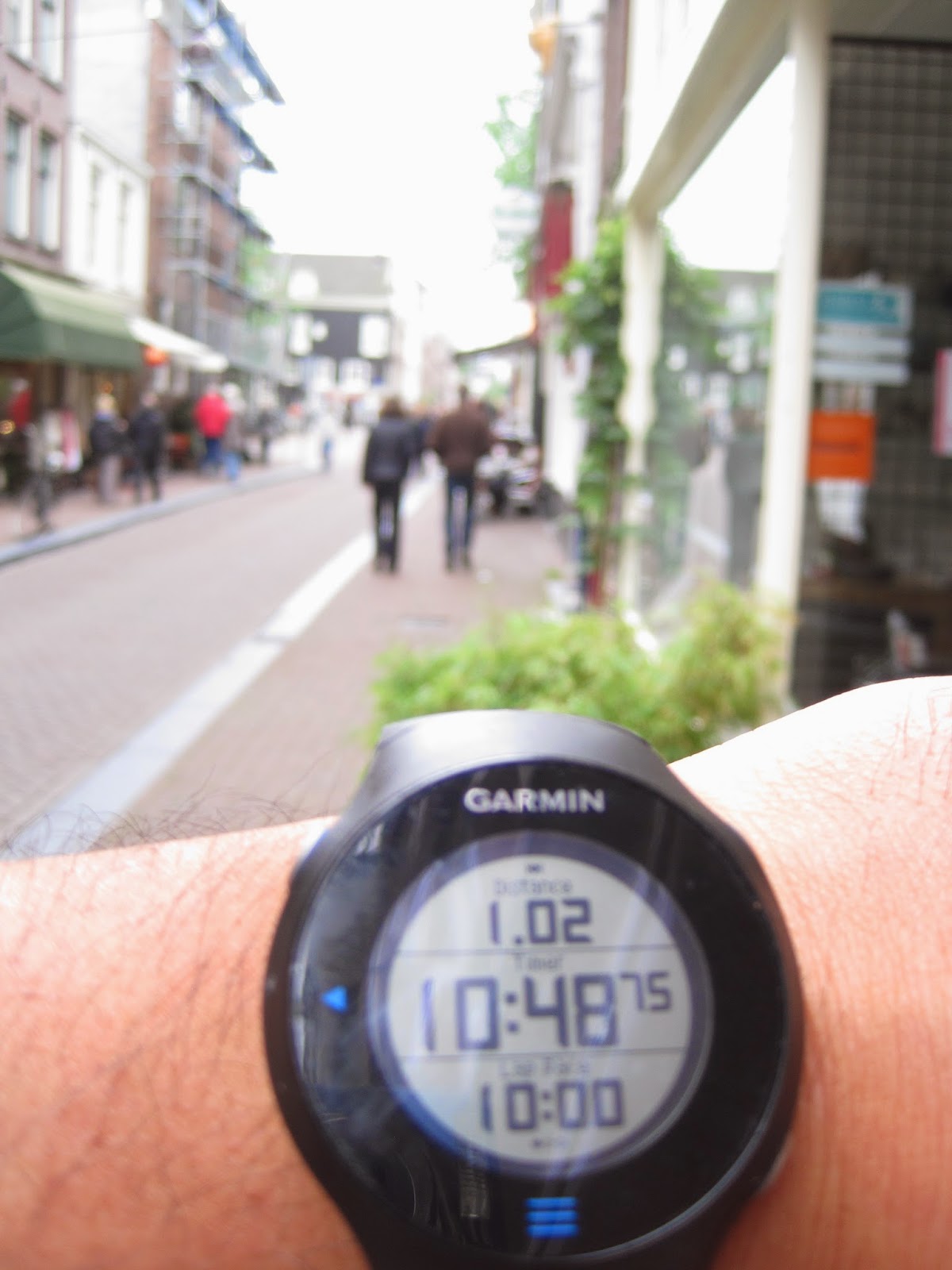 AMSTERDAM - I've run in a lot of countries and while it is a good way to get your bearings around a city, it can be pretty confusing when you are out there.

Today after getting off the red-eye I decided to get the day for the streak out of the way by running along the canals in the neighborhood where I am staying. I wasn't sure how my legs were going to be after being cooped up in a plane for eight hours. Plus I didn't want to delay any activities planned by my friend.

So a 1-mile run it was. At places it seemed tricky -- there are lots of bicycles here so you have to watch your step. Add to that even more people walking so this run wasn't going to be for speed.

But I made it out to the city's central train station and back, seeing some neat scenery along the way. 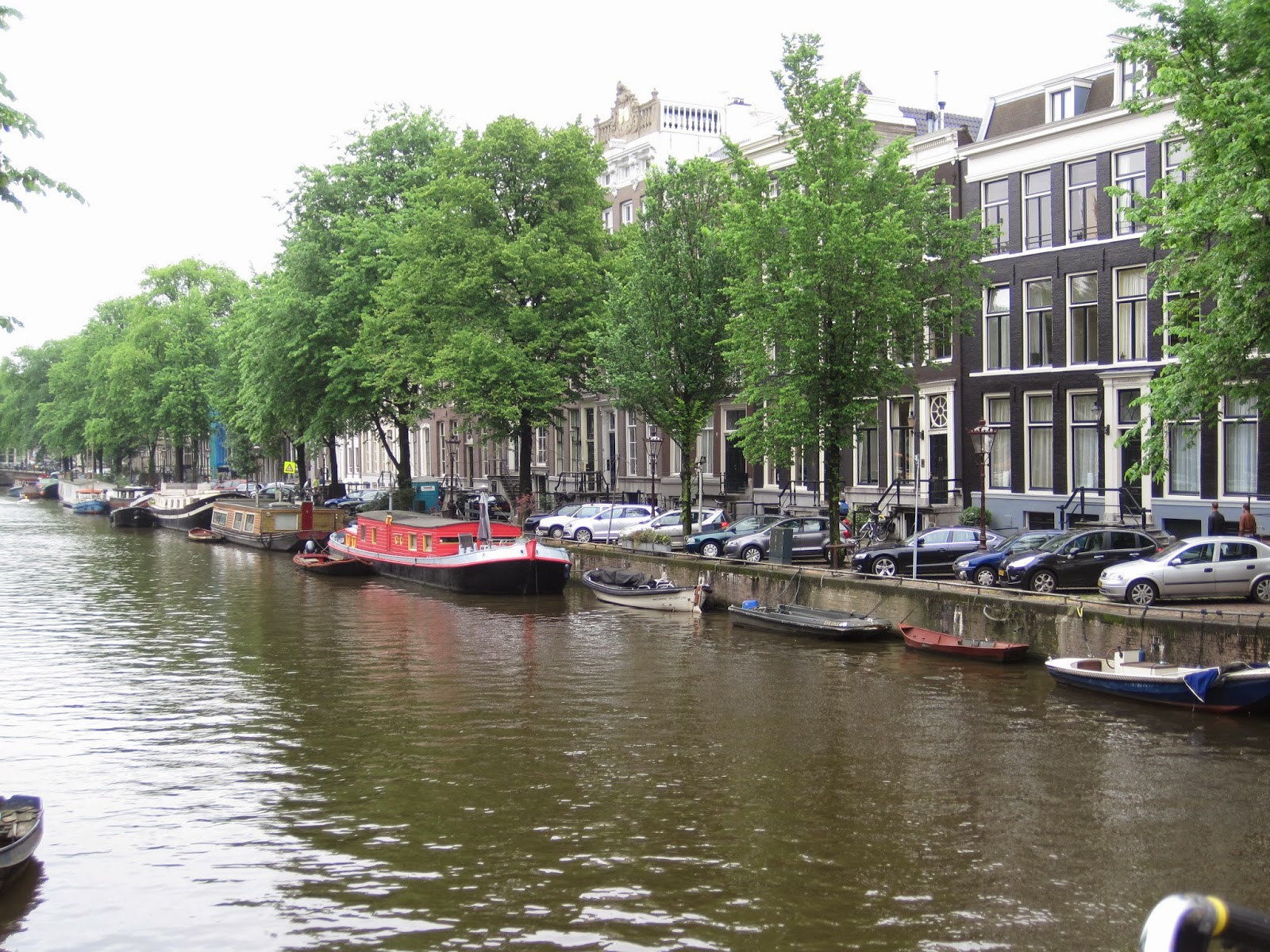 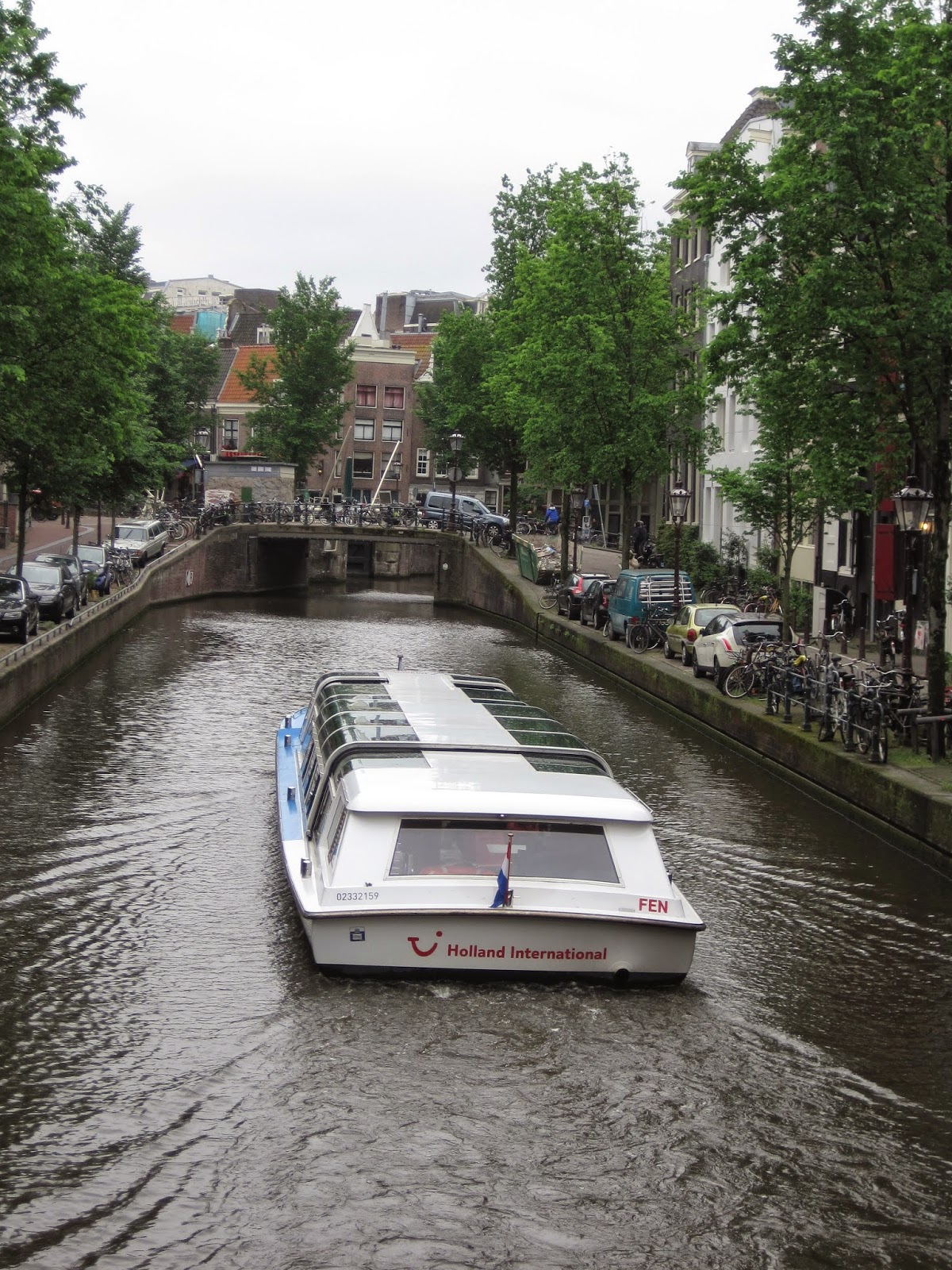 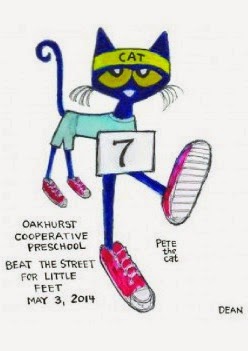 DECATUR, Ga. -- We never hesitate to sign up for the Beat the Street for Little Feet 5K. For one, it's a good race for the Oakhurst Cooperative Preschool.

For another, I love the Pete the Cat T-shirts, something which I tend to wear year-round.

This year the race was held in the neighborhood of the school. In 2011 and 2012 when we ran in the race, it was held around Coan Park in Kirkwood. (I don't know if this is new for this year or if they made the change last year, since we only participated as phantom runners, signing up for the T-shirt but not in the race since we were out of town).

The pre-race was a pretty friendly atmosphere. I was able to pick up the 2012 race shirt (my original one was lost when my luggage was stolen after checking it on a Delta flight last May).

The race started out pretty fast. It was downhill and then somewhere before the first mile there was a gigantic hill. I sprinted up this, which I'm sure looked ridiculous but I did it because I knew I could do it (pushing 50 extra pounds every day on 6-mile runs has to count for something, right?)

The pace continued to be pretty fast. There was another uphill in the second mile leading up to Mile 3. Over the East Lake overpass, I felt like I was doing pretty well. I didn't have a whole lot of kick (one guy outkicked me with maybe .2 mile left in the race) but I still finished strong.

My 23:08 is within my top 5 fastest 5Ks I've done in my life. Considering this is just a week since I ran 23:06 in Atlantic Station, I'll take that kind of consistency any day.

We stuck around for the little one to participate in the tot trot, his second race. This one was twice as long as last week's!


Posted by kurokitty at 8:28 PM No comments: 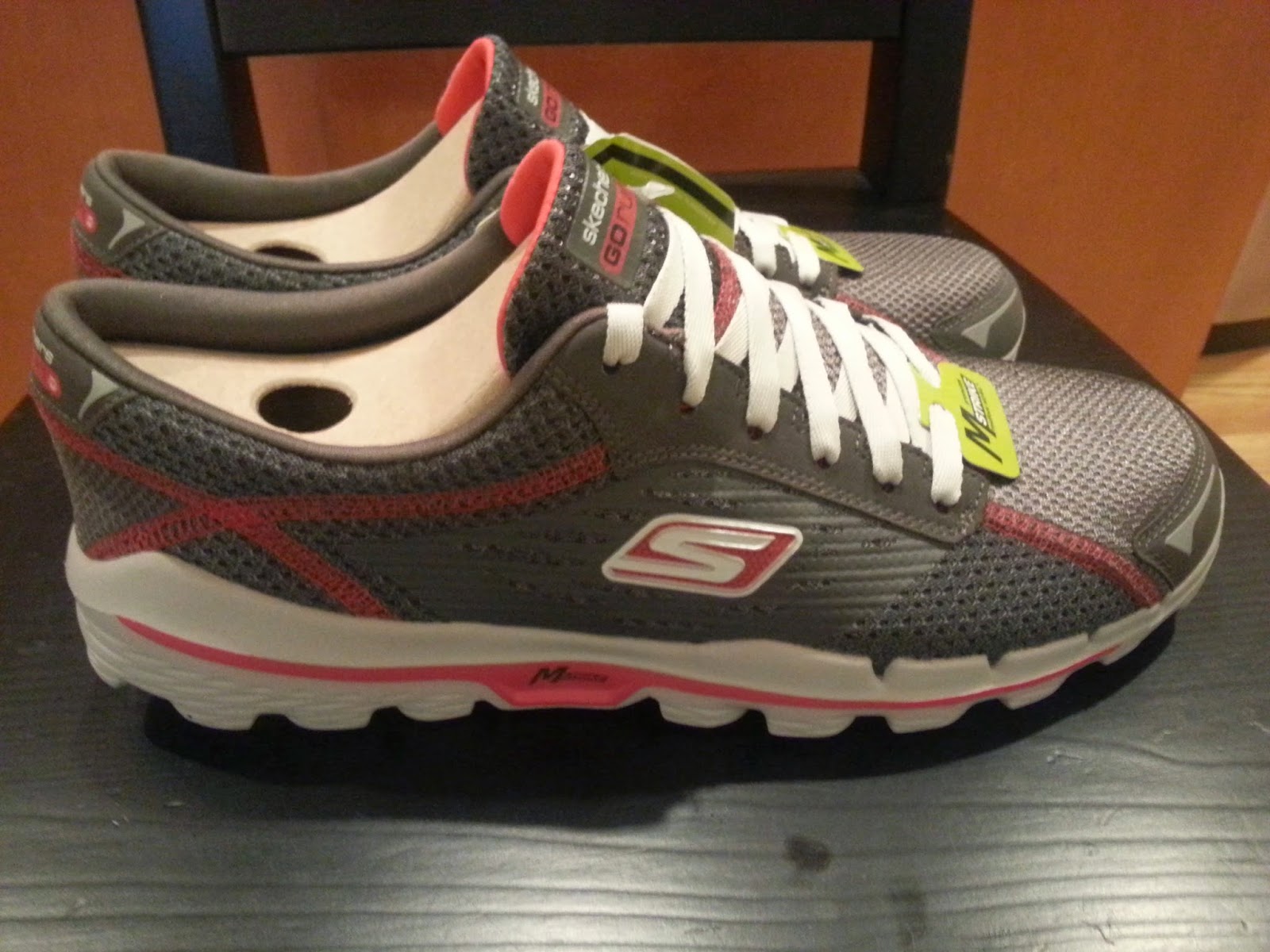 I'm gonna give you an engine low to the ground, an extra thick oil pan to cut the wind from underneath you. It'll give you thirty or forty more horsepower. I'm gonna give you a fuel line that'll hold an extra gallon of gas. I'm gonna shave half an inch off you and shape you like a bullet. I'll get you primed, painted and weighed, and you'll be ready to go out on that racetrack. Hear me? You're gonna be perfect. - Days of Thunder

Even before the publicity that came to the Skechers brand after Meb Keflezighi won this year's Boston Marathon, I'd been looking at this shoe since it received great reviews in Runners World.

And of course, when I found a pair in my size on Amazon.com for $39 instead of the list price of $80, it was a done deal. I went ahead and ordered them.

When I got them they were extremely light and low to the ground. They would be excellent for loafing around in if I didn't run.

Yesterday I gave my Nike Air Pegasus+ 30s (310.51 miles) a rest and broke out these shoes. I was so unsure about the Skechers that I left all the tags on just in case I needed to return them.

Right away you could tell how light they are (6.6 ounces for men's size 9, according to the box). In contrast, my Nikes weigh 10.8 ounces for size 10.

I felt incredibly fast in them and my 6.05-mile run was at the same pace as my 6-mile run the day before. Only in this case I was pushing an extra 50 pounds in a running stroller.

It reminded me a lot of the running shoe version of the mini-skirt -- just enough of everything in the right place.

This is an interesting shoe. I might travel with it and see how it is on non-practice runs. Who knows, maybe come marathon training time in June or July I will take it on a long run and it could even see a race in its future.

Posted by kurokitty at 2:59 PM No comments:

Today the Atlanta Track Club announced they would suspend their annual marathon because of lagging attendance and instead focus on a new 10-miler race.

It's the second time since 2010 that the organization that has the largest road race in the world with the July 4 Peachtree Road Race has dropped its marathon. Their new efforts mirror a U.S. trend in the rising popularity of the half-marathon and shorter distances.

Still, even with a new pledge of a revamped course (I recalled last October's course as soul-killing), there are still challenges ahead. Only 1,073 people finished last year's 10-miler; other large U.S. cities with similar races field crowds above 10,000.

Even other popular longer-distance races in Atlanta don't even come close to five-digits -- the track club's Thanksgiving Half Marathon had 6,729 finishers and the March Publix Georgia Half Marathon had 7,840.

I would be interested in running in a revamped 10-miler that starts and ends at Atlantic Station. But I will have to wait at least a year, since I'm already signed up for another race on Oct. 26 -- the Marine Corps Marathon.


Posted by kurokitty at 9:03 AM No comments: